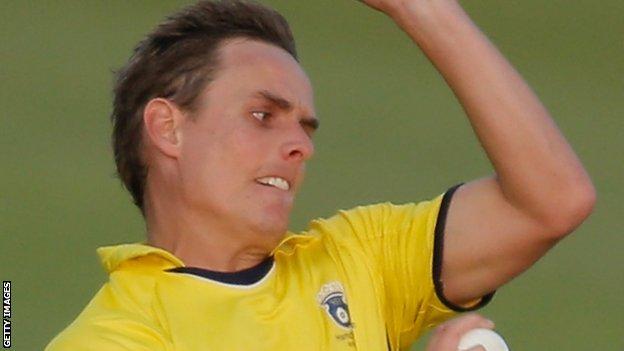 Kent's superior total was just too much for Middlesex despite Australian Daniel Christian's 129 off 57 deliveries in the T20 Blast at St Lawrence.

Alex Blake (58) and Sam Northeast (54) both recorded half-centuries as they powered Kent to an impressive 208-4.

But Christian stole the show when his century almost brought about an unlikely turnaround for Middlesex.

David Griffiths (4-22) finally bowled Christian in the last over on the way to a nervy win for the home side.

However, Christian came close to denying Kent victory, smashing 12 fours and 10 sixes on his way to a personal-best score in T20 cricket.