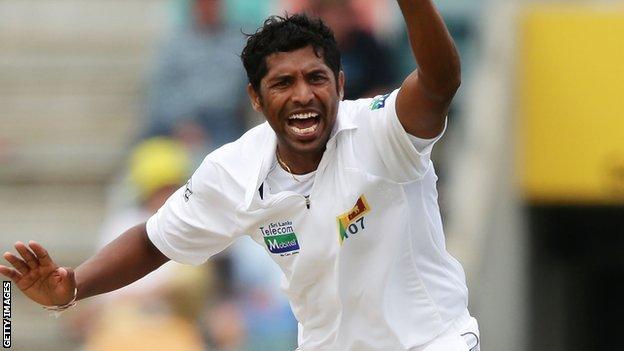 Sri Lanka have named left-arm seamer Chanaka Welegedara in their Test squad to play England in a two-match series which begins at Lord's on 12 June.

There are few surprises in the 15-man squad, which will be skippered by all-rounder Angelo Mathews.

The second Test at Headingley will start on 20 June.