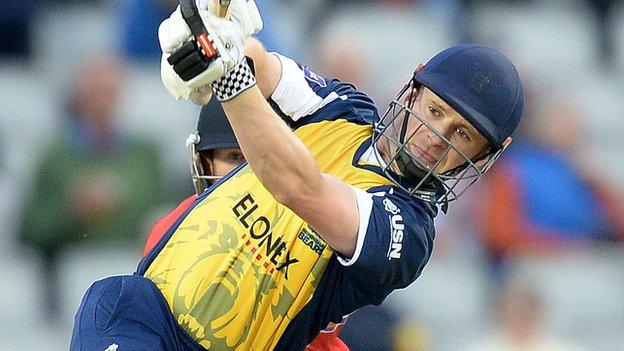 Birmingham Bears secured their first win in T20 Blast as they proved too good for Leicestershire at Grace Road.

William Porterfield carried on his form from Warwickshire's Championship game last week to top score with 67 from 46 balls as the Bears reached 175-9.

Ateeq Javid (27), Varun Chopra (24) and Laurie Evans (23) were the only other Bears batsmen in double figures.

Tom Wells smashed four sixes and three fours in a brave 51, but the Foxes fell well short on 150-6 to lose by 25 runs.

After opening up with a rain-off against Yorkshire, the Bears lost their second fixture to early North Group leaders Lancashire.

But they are now heading in the right direction going into the fourth of their 14 group games at home Durham on Friday night (18:30 BST).

Leicestershire are also back in action on Friday evening with a home game against Worcestershire (17:30 BST).