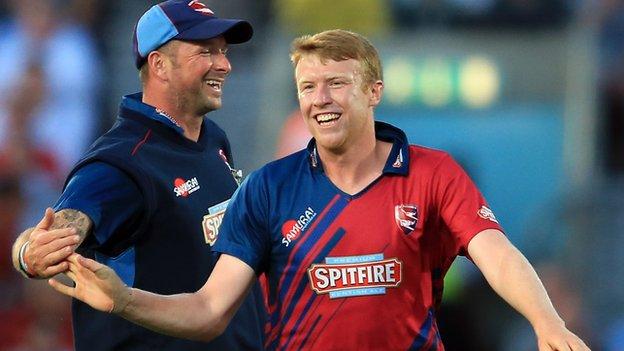 Gloucestershire made a steady start to their run-chase but spinner Adam Riley's 4-22 put them in trouble.

With the reliable Michael Klinger (25) and Hamish Marshall (26) dismissed, they were unable to recover and ended short on 115-9.

After winning the toss and electing to bat, Kent's top order struggled to build on promising starts.

But 25-year-old Blake hit five fours and a six as he compiled his best T20 score.

And once Riley had dented Gloucestershire with four consecutive wickets, Australia paceman Doug Bollinger snuffed out any chance of a late rally with 2-15.