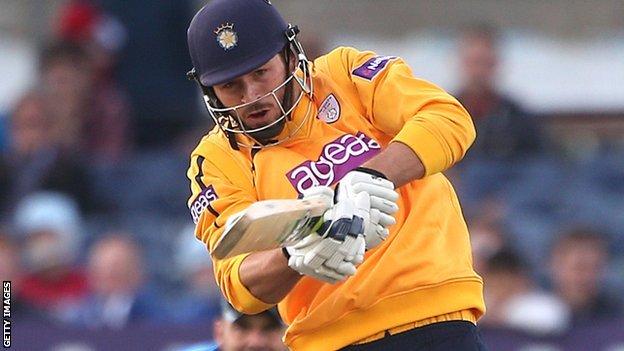 Hampshire skipper James Vince struck 57 not out from 47 balls in a comfortable eight-wicket victory over Essex.

Vince took over as the T20 Blast's leading run-scorer with 215 runs after hitting four boundaries and two sixes.

He shared an unbroken stand of 103 with Owais Shah (50) as the hosts won with 16 balls to spare, despite England's Michael Carberry departing for a duck.

Hampshire could also be pleased with the contribution of Jimmy Adams, who scored 32 from 19 balls, while the only bright spot for the visitors was Matthew Salisbury's 2-23.

The hosts stayed top of the South group table after their third win in four matches and inflicting Essex's first defeat of their T20 campaign.