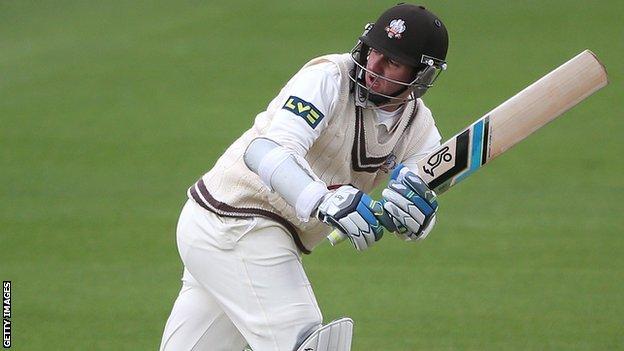 Rain and bad light meant only 16 overs were possible at Chelmsford as Surrey inched ahead of Essex on day three.

Steven Davies, who began the day on 36, notched his third half-century of the season before Monty Panesar (2-54) trapped him lbw for 54.

Wicketkeeper Gary Wilson is 38 not out as the match heads for a likely draw.