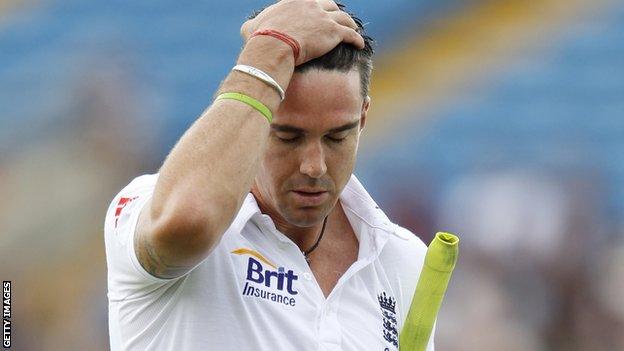 Ex-England batsman Kevin Pietersen has rejected claims he was "disinterested" during the winter Ashes series against Australia, saying he was "fully motivated" to play for his country.

Pietersen has released a statement in response to comments made by Paul Downton, the managing director of the England and Wales Cricket Board.

"The suggestion I was uninterested is wholly untrue," Pietersen said.

He was told he had no international future by the ECB in February, amid claims he had a negative effect in the 5-0 whitewash by Australia in the Ashes.

Downton, who was appointed as managing director of England cricket three months ago, was central to ending Pietersen's association with England.

Although silenced by a confidentiality clause at the time, Downton talked extensively about the reasons behind Pietersen's departure on Thursday during an interview on the BBC's Test Match Special.

He said: "I've never seen anyone as disinterested or distracted as Kevin; it looked very strange.

"I talked to every person on the management team and quite a few senior players, and I couldn't find one supporter who wanted Kevin to stay in the side."

He said: "Although I was having injections in my knee, which inhibited my mobility and thus my ability to field close to the wicket, I was fully motivated to play for England and whilst I accept that the series as a whole fell well below my own personal standards, I finished the series as the top scorer.

"I did, and continue to have a good relationship with most of the England players, which has been subsequently highlighted by a number of press interviews.

"With regard to the criticisms aimed at my "the way I play type attitude", I feel it's only reasonable to remind Mr Downton that this method has brought me more than 13,500 runs for England, in addition to being part of four Ashes-winning teams and a World T20-winning side, all of which are achievements I am hugely proud of."