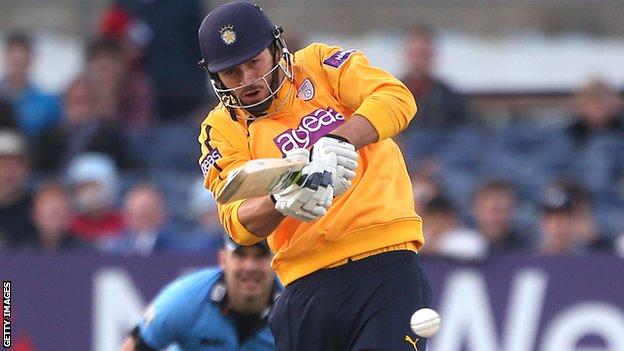 Vince was ably supported by Jimmy Adams and Adam Wheater, then pushed them to 198-2 by hitting 49 from just 26 deliveries.

The hosts started well in reply as Paul Stirling's quickfire 40 helped them to 57-0 from the first five overs.

Hampshire have now won two and lost one to sit top of the South Group.

Vince has accumulated an impressive 158 runs in those games at a strike-rate of 154.90.