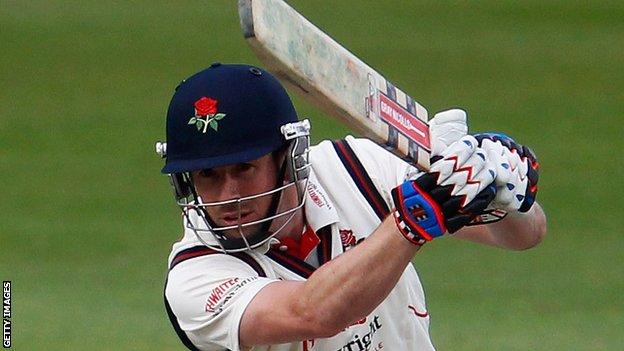 Lancashire reached 87-2 as just 28 overs were possible on a rain-hit day of the Roses clash against Yorkshire.

When play finally got underway at 16:45 BST after a day of showers in Leeds, Paul Horton and Luis Reece raced to 70 without loss before Reece hooked Liam Plunkett to Ryan Sidebottom for 23.

Tim Bresnan, drafted into the side after being released by England, then trapped Karl Brown in front for three.

Horton was unbeaten on 48 at the close with Ashwell Prince yet to score.

"Lancashire took early honours with an opening stand of 70, but Yorkshire grabbed two late wickets to even up the session.

"Meanwhile, Yorkshire are set to welcome their big name Twenty20 signing this week.

"Australian Aaron Finch has completed duties in the IPL and is set to make his debut in the Natwest T20 Blast on Friday against Derbyshire."