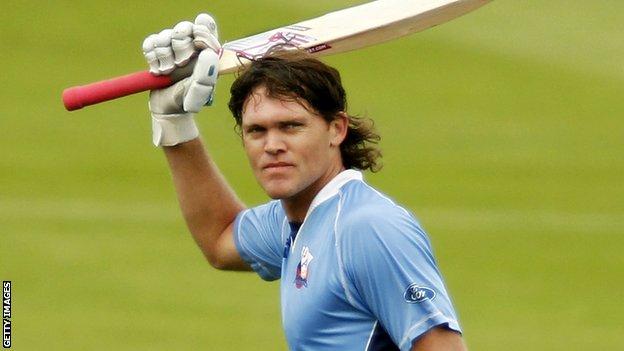 The duo have been charged by the England and Wales Cricket Board (ECB) and provisionally suspended.

The charges relate to two limited overs matches during 2011.

Sussex said in a statement: "Sussex is disappointed and has co-operated with the ECB Anti-Corruption unit to help establish the facts of what occurred."

The statement continued: "We believe that the education available to players and staff and the controls that have been put in place by the ECB and the Professional Cricketers' Association put our game in a good position as we move forward."

If the pair are found guilty it will be the first time the game's authorities have proved the outcome of a county match in England was fixed.

Vincent believes the charges made against him dispel any notion he has made a plea bargain with anti-corruption investigators.

He confirmed the charges in a statement released through his lawyers on Friday, adding that he "remains accountable for his actions of the past".

Vincent's statement read: "The fact of the charges, and more are likely, dispel any notions of a plea bargain having been done as unfortunately appears to be wrongly suggested by others."