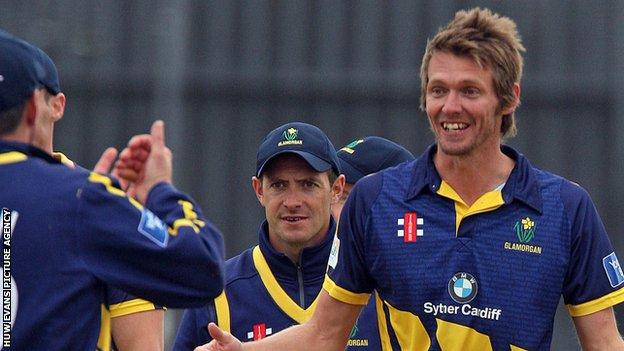 Glamorgan coach Toby Radford says he is happy to have Michael Hogan back ahead of their Twenty20 match against Essex on Friday.

The Welsh county won their opening T20 Blast match against Hampshire and the 32-year-old pace bowler is in line to start the game at Chelmsford.

Hogan had been in Australia for the birth of his second child and Radford said his return is "fantastic".

Radford praised the contribution the rest of the Glamorgan attack has made in Hogan's absence, including Will Owen, who took 3-32 in Glamorgan's victory over Hampshire.

"We know we've got quality without him [Hogan]," said Radford.

Radford hopes Hogan's return can inspire the Welsh county to a second victory in a row.

"It's a big game," said Radford, "It would be nice to get back-to-back wins.

"It's a buoyant team and a confident team and hopefully we can go and add to the win last time."