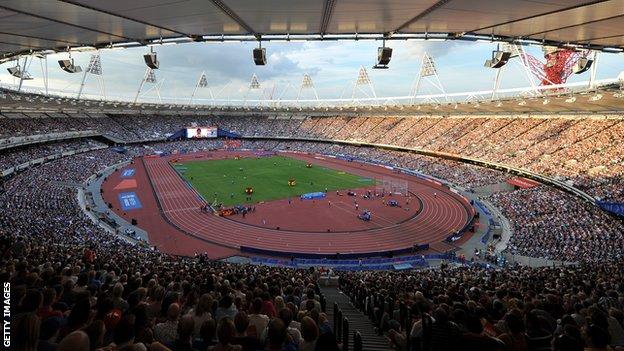 A deal has been agreed "in principle" for Essex to play Twenty20 cricket at the London Olympic Stadium from 2016.

Essex chief executive Derek Bowden has said Kent and Middlesex are also interested in plans to host a T20 festival at the venue.

"In principle, there is an agreement that a two-week festival of T20-type cricket could be played at the Olympic Park from 2016," he told BBC Essex.

"Ourselves, Kent and Middlesex have all expressed interest in playing there."

Essex first revealed a desire to play cricket at the Olympic Park back in 2010 and in March 2012 launched a failed to bid to become a tenant of the stadium.

Football side West Ham will use the venue as their home ground from 2016, but any decision on whether cricket could also be played there will require the backing of the London Legacy Development Corporation, the organisation responsible for the future use of the Olympic Park.

Essex's Chelmsford ground, which is undergoing an £80m redevelopment, is just 30 miles from Stratford, the east London home of the 2012 Olympics.

"London Legacy and the ECB (England and Wales Cricket Board) are very supportive of the notion of a two-week festival of cricket in the summer," said Bowden.