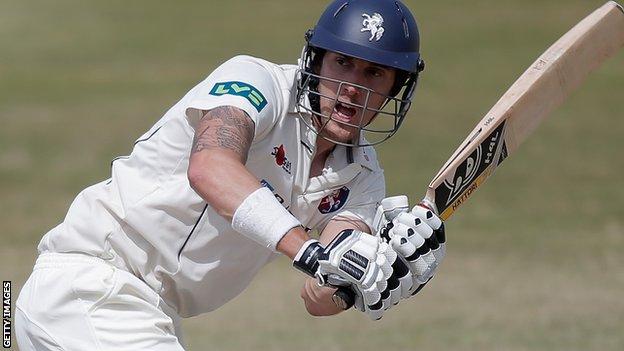 Gloucestershire remain on course for a comprehensive win over Kent, despite stubborn resistance from Ben Harmison.

Kent slumped to 69-5, still trailing by 512 and in danger of suffering their biggest defeat when batting second.

Will Gidman was the pick of the Gloucestershire bowlers with 3-39.

"At times during the day, the statisticians were scurrying to their record books as a record defeat was very much on the cards. But a disciplined rearguard action from Harmison and Billings restored some much needed pride to a Kent batting line-up whose top order collapsed for the second time.

"Earlier, there were puzzled looks when Michael Klinger delayed his side's declaration for what seemed like an inordinate length if time.

"However, during that prolonged second Gloucestershire innings the crowd saw Hamish Marshall reach a fine century and Benny Howell hit explosively to put the game far out of Kent's reach."