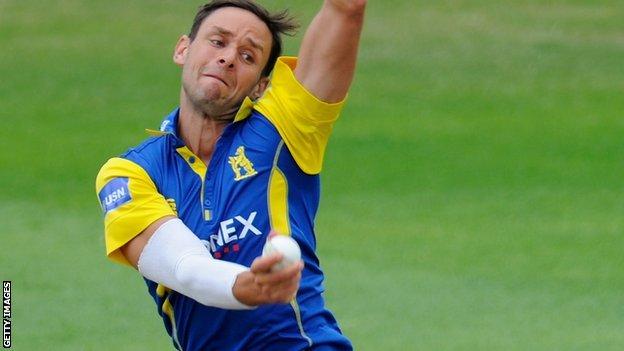 Sussex secured a hard-fought 13-run T20 Blast win over Middlesex in a low-scoring encounter at Lord's.

The visitors struggled to 128 all out from 19.4 overs, with Chris Jordan's 25 the highest score, while Toby Roland-Jones took 3-25.

But Middlesex, who also lost to Essex earlier in the day, fared no better with the bat in reply.

"A second win for Sussex in two days, and impressively with a squad being stretched by injuries to key players, Chris Nash, Luke Wright, and Matt Prior.

"Having been dismissed for 128, a total skipper Ed Joyce said he thought was 30 to 40 runs short, Sussex's bowling and fielding was exceptional.

"Yasir Arafat set the tone, his four overs yielding just 17 runs, and aided by a brilliant run out by Steffan Piolet, Sussex were eventually comfortable winners."