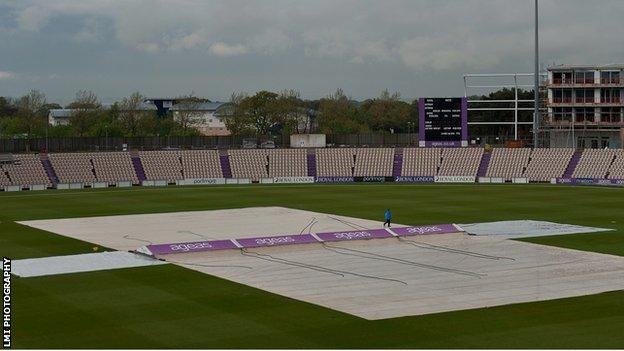 Hampshire and Surrey suffered a total washout on day three of their Championship Division Two game.

The home side were set to resume their first innings on 289-3, with James Vince unbeaten on 118, his second century of the season.

Persistent rain meant no play was possible in the morning and umpires Mark Benson and Russell Evans called a halt after a 14:15 BST inspection.

With Surrey yet to bat because of the weather, a draw seems inevitable.

"We've got a nice, young feel to our squad and we want them playing cricket, that's when they're going to learn and develop.

"Unfortunately for now it's about spending a lot of time in the nets and then sitting around in their rooms," Surrey coach Graham Ford told BBC London 94.9.