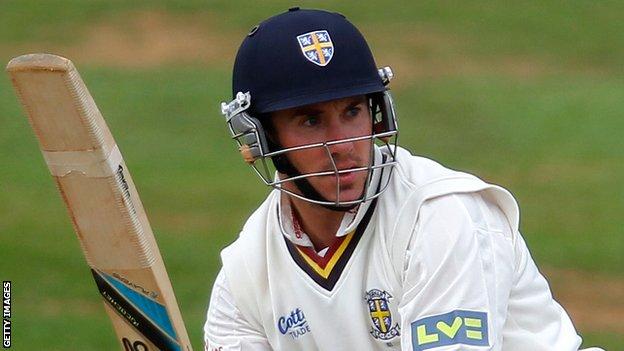 Will Smith hit 70 as visitors Hampshire reached 231-5 on a much-interrupted day one against Derbyshire.

Both openers were gone before lunch as Jimmy Adams (seven) nicked Mark Turner behind and Tony Palladino trapped Michael Carberry for a quick-fire 45.

With Kyle Abbott on nought, stumps were called soon after because of bad light.

A rain-delayed start meant only 22 overs could be bowled in the first session and, having struggled to just seven from 51 balls, Adams chased a wide one from Turner, feathering to Richard Johnson to be put out of his misery.

Carberry soon followed, leaving Vince and Dawson to take Hampshire beyond 100, only for them to be trapped lbw by Tim Groenewald and bowled by Mark Footitt respectively having made encouraging starts.

Smith calmly reached his first half-century for the club since his summer switch from Durham, but hauled out to Hughes's off-break just before the close.