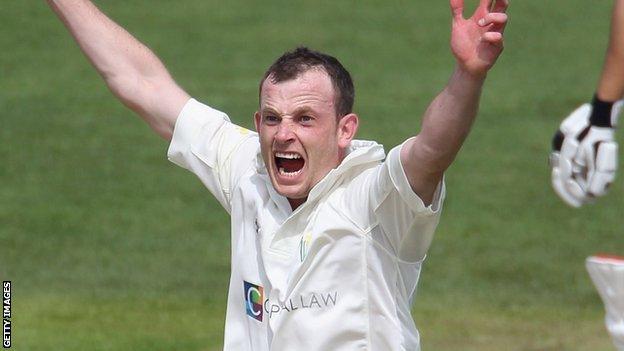 Resuming on 50-2, Zafar Ansari fell to the first ball of the morning as Surrey were bowled out for just 81.

In response, Gareth Rees (75 not out) and Will Bragg (72 not out) eased the visitors to a 10-wicket victory.

It was a disappointing start to life in the second tier for the hosts as Glamorgan claimed only their third victory in 24 visits to The Oval.

"One session of cricket blew Surrey away as Graham Wagg turned the game on its head. It was a brilliant spell of bowling .

"It meant Glamorgan needed 153 for victory and Will Bragg and Gareth Rees took the visitors to their target in accomplished fashion to give them the perfect start to the season.

"Surrey would have arrived at the ground this morning with thoughts of victory but one bad session cost them the game and overshadowed what had been a good performance up to that point.

"But nothing must be taken away from Wagg and Michael Hogan for an outstanding hour with the ball."