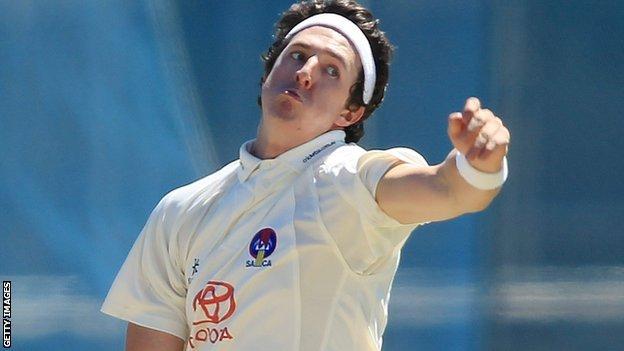 Cricket Australia has suspended seam bowler Daniel Worrall for defacing a wicket with a lewd image.

The South Australia player, 22, committed the offence during a Futures League game with Victoria on 14 March.

A CA statement read: "Worrall scratched an image of a penis and testicles into a wicket being prepared for a grade cricket final that coming weekend."

Worrall pleaded guilty to the charge and will miss either two four-day matches or four one-day or T20 games.

He disputed the punishment but the penalty was upheld and he has 48 hours to appeal.