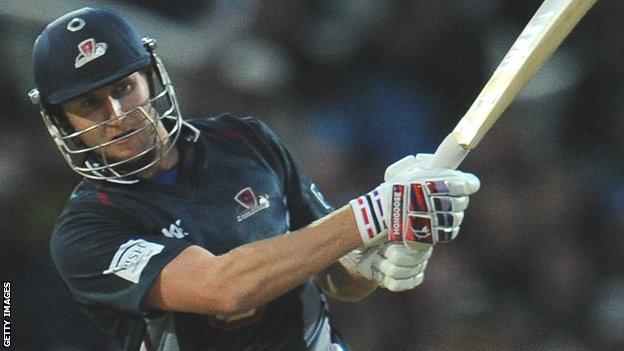 Northants limited-overs captain Alex Wakely is returning from the club's pre-season tour of Barbados after injuring his Achilles tendon.

The 25-year-old was hurt in the first T20 match of the tour on Saturday against a West Indies University XI.

Wakely is flying back to the UK with physiotherapist Barry Goudriaan to get a full diagnosis of the injury.

The former England Under-19 captain signed a new deal in January to keep him at the club until the end of 2015.

Northants next face Warwickshire in a two-day game starting on Tuesday, before taking on a Barbados XI in another two-day match,.

The county continue their pre-season schedule with a trip to Trent Bridge to play Nottinghamshire next week.