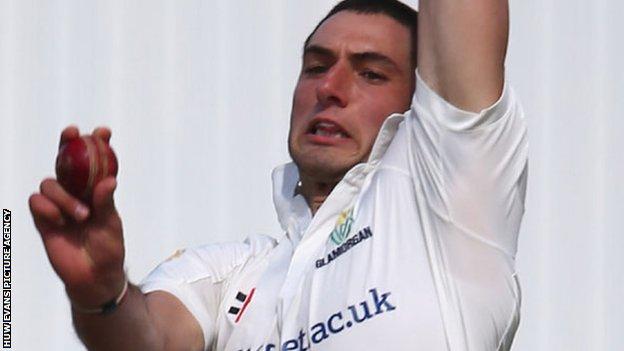 Glamorgan fast bowler Mike Reed has been ruled out for the first two months of the season.

The 25-year-old, the county's second top wicket taker in the championship last year, has had to have a second knee operation.

Head coach Toby Radford was hoping to have Reed back in time for the start of the county's campaign.

"It [his knee] hasn't fully recovered so he's had to have another operation so it's pushed him back," said Radford.

Glamorgan begin a series of pre-season friendlies against Gloucestershire in Bristol on 19 March.

Their opening championship game is away to Surrey on 6 April.

Radford says the loss of Reed, who was called up to the potential England performance programme in October 2013, is a blow to their preparations.

"We're now hoping that Will Owen and Huw Waters recover, but that's been an ongoing process because they were long-term injuries last year.

"So we're a little bit thin on the bowling and we've got to keep everyone fit but [young all-rounder] Ruadhri Smith's come in and done well in the side.

"He's impressed in the nets and he's a little bit quicker than I expected so he'll be pushing for a place."