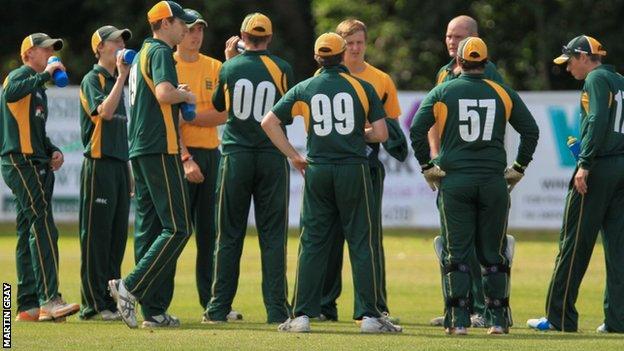 Guernsey have been relegated to Division Six of the ICC World Cricket League after suffering a 63-run defeat at the hands of Malaysia.

The defeat was Guernsey's fourth in a row, following losses to Nigeria, Cayman Islands and Tanzania.

Ahmed Faiz's 103 was the cornerstone of Malaysia's innings as the hosts made 286-7 at the Kinrara Academy Oval.

Guernsey's Lee Savident made 76 but it was not enough as his side fell well short with a total of 223-8.

The relegation for a youthful Guernsey side was made all the worse with the news that Channel Islands rivals Jersey had secured promotion to Division Four.

Malaysia won the toss and elected to bat, with openers Fikri Rosdi (27) and Nasir Shafiq (57) giving them a solid start before both fell to Guernsey spinner Luke Le Tissier.

But Daiz's century - which contained 14 fours and two sixes - took the game away from Guernsey, despite some impressive bowling from Jamie Nussbaumer, who ended with figures of 36-3.

Several Guernsey batsmen made promising starts but only Savident's 79-ball 76 really made an impression as a good team effort from Malaysia's bowlers meant the game was always out of reach for the visitors.

Guernsey Cricket Association president Mark Latter said the future was still bright for cricket in the island, despite the disappointing results in Malaysia.

"When we played Nigeria we had an average age of 21.2 which is significantly below that of the other teams we're playing," Latter told BBC Guernsey.

"On a number of occasions we had teenagers batting together chasing down 280-odd runs, in 40 degree heat and with all the other pressure going on.

"That's the big change and it will take a year or two for those guys to find their feet at this level of cricket."