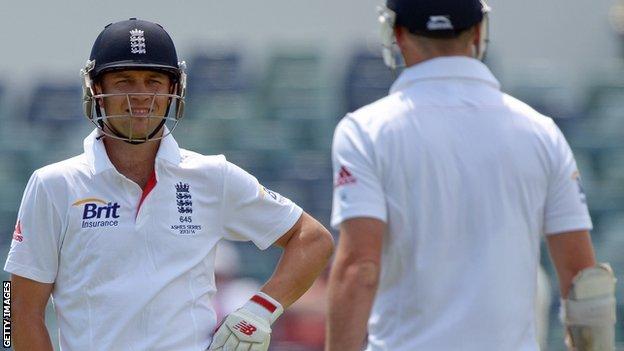 Warwickshire have confirmed England batsman Jonathan Trott will be fit to start the new season in April.

Trott is set to make his return by playing in a two-day friendly against Gloucestershire, starting on 1 April.

He will then play against Oxford MCCU in The Parks before the County Championship season starts against Sussex at Edgbaston on 13 April.

Trott, 32, left this winter's Ashes tour after the first Test with a stress-related illness.

England team-mates Ian Bell, Chris Woakes and Boyd Rankin are also expected to be available for the start of Warwickshire's Championship campaign, along with England Lions pair Varun Chopra and fit-again Chris Wright, who missed the second half of last summer with a back injury.

But it is the predicted return to full fitness of Trott that will most lift spirits at Edgbaston following uncertainty about his future in the game.

"I've been overwhelmed with the kind messages of support from players, coaches and fans over the last few months," he said.

"I'm really looking forward to joining up with Warwickshire ahead of the new season. We've got a strong squad that's capable of challenging for trophies in all competitions. I'm determined to play a big role and hopefully contribute to more success for the Bears in 2014 and beyond."

Warwickshire director of cricket Dougie Brown sees no reason why the South Africa-born batsman cannot be restored to the England team in due course and add to his 49 Test caps.

"He's been a crucial member of the England set-up for nearly five years and I am certain he will be back as England's number three in the near future," said Brown.

"Having met recently, he looks in great shape and is certainly hungry to score plenty of runs for Warwickshire.

"Everyone at Edgbaston will be thrilled to see Jonathan return."