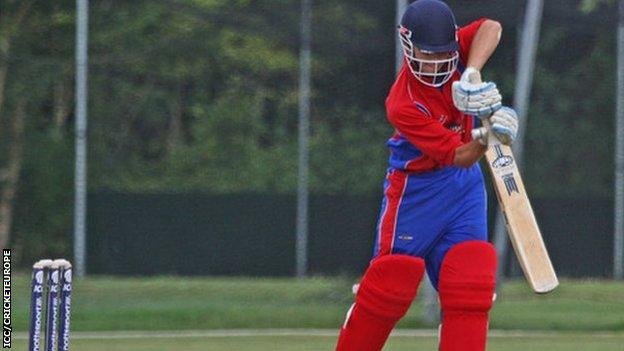 Teenager Jonty Jenner became the youngest player to represent Jersey in a competitive international as they beat Nigeria by 60 runs in Malaysia.

Jenner, 16, was 24 not out as the Channel Islanders made 235-8 to start their ICC World Cricket League Division Five campaign.

Earlier with the bat, Stevens fell just short of a half century, caught by Oluseye Olympio off the bowling of captain Kunle Adegbola on 49.

Jersey next face Tanzania on Friday, after the African side were thrashed by 122 runs by hosts Malaysia in their Division Five opener on Thursday.