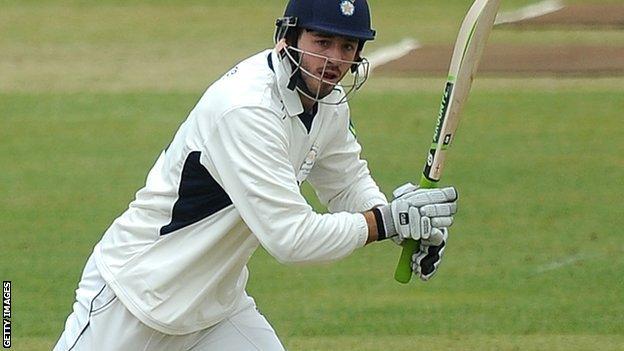 "That fits with a certain age group and succession for Jimmy [Adams] one day, which will hopefully be a long way in the future, and James is the guy that we've picked out at this stage."

He continued: "He's got a good cricket brain, thinks about the game well and has got respect from his peers.

Vince was the club's top Championship scorer last season with 1,101 runs, including four hundreds, and was named the players' player of the year.

"He was a natural choice in many ways. Succession is one part of it.

"This is an opportunity for him to develop. We want to encourage leadership qualities within the younger group.

"Leadership takes some moulding and having hands-on experience will help that develop."

Since making his debut in 2009, Vince has scored more than 7,000 runs in all formats, including 13 centuries.

White said the extra responsibility was also recognition of the way the Sussex-born batsman had developed all facets of his game.

"His bowling's been encouraging too, so there are lots of positives with James at the moment. He's a young man with lots to look forward to," he added.

"We've got some experienced players, but we've also got a young group that's maturing all the time and James has shown good progression over the last year or so, both on the pitch and off the pitch."