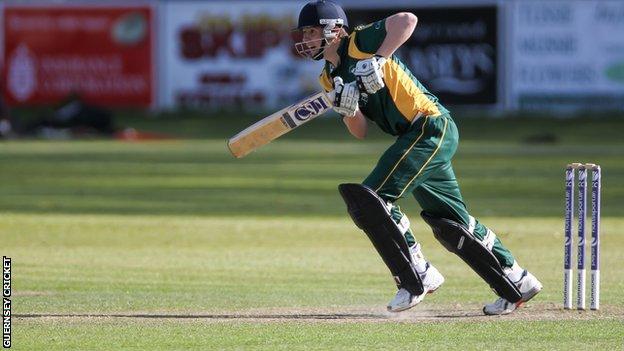 The tourists clinched a seven-wicket win inside 26 overs, chasing down 158, with Barker scoring 102 not out.

The opening batsman notched his maiden century for Guernsey with a boundary to seal victory.

"Preparations have been really good and we've been working since October," Nussbaumer said.

"We've been here for a week to get used to the weather and we're feeling ready to go.

"The youngsters got a bit of shock but now they're used to it. We're hoping to win every game and maintain Division Five status. "