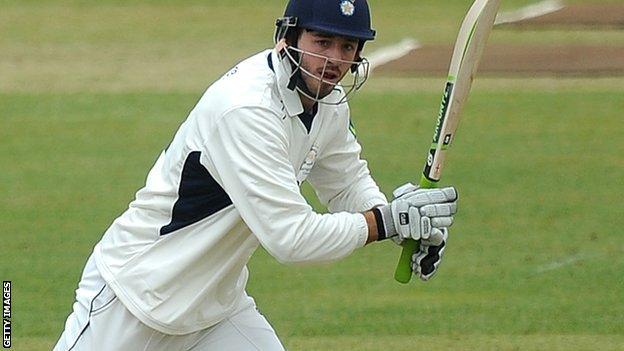 Hampshire have named batsman James Vince as their vice-captain for 2014.

Vince was the club's top Championship scorer last season with 1,101 runs, including four hundreds, and was named the players' player of the year.

The 22-year-old told the club website: "I can't wait to get started. I was delighted when I was approached.

"I've got plenty of fresh ideas so I'm really looking forward to supporting captain Jimmy [Adams] as much as I can so we can have a strong season."