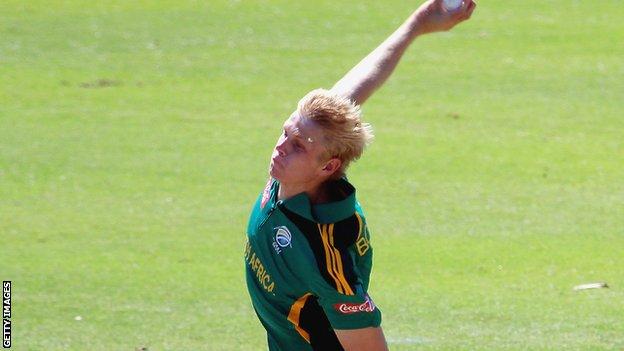 South Africa beat Pakistan by six wickets to win the Under-19 World Cup.

Opener and captain Aiden Markram hit an unbeaten 66 and Greg Oldfield 40 as they reached their modest target of 132 with 7.5 overs to spare in Dubai.

Pakistan were all out for 131 from 44.3 overs, Amad Butt top-scoring with an unbeaten 37 at number nine while South Africa seamer Corbin Bosch took 4-15.

It is the first time since the Under-19s World Cup began in 1988 that South Africa have lifted the trophy.

Markram hit six fours in his match-winning innings and shared a 71-run third-wicket partnership with Oldfield that effectively secured the victory.

England, beaten by Pakistan in a dramatic semi-final, finished third in the tournament by beating Australia by one wicket with two balls remaining.