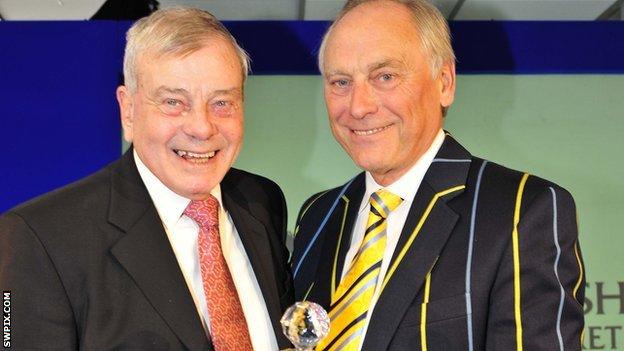 Yorkshire have confirmed that former umpire Dickie Bird is to be voted in as the club's president at their Annual General Meeting on 29 March.

He went on to umpire 66 Test matches before retiring in 1996.

Bird told the club website: "Never in my wildest dreams did I think that I would become the president of the greatest cricket club in the world."

"It is a tremendous honour and I am very humble and proud. I am grateful to chairman Colin Graves and the Yorkshire Board for nominating me and I'm looking forward to my term in office."

Bird will replace former England and Yorkshire batsman Geoffrey Boycott as the county's president and will serve a one-year term.