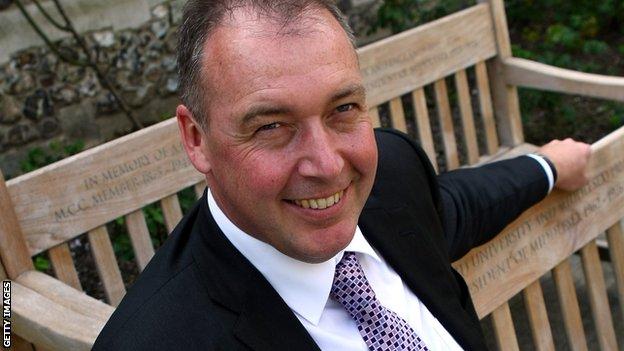 Angus Fraser has been appointed as an England selector, but will continue as Middlesex managing director of cricket.

His arrival means Andy Flower will no longer be part of the selection panel.

Flower stepped down as England team director last month, but agreed to temporarily stay on as a selector.

Fraser, who played 46 Tests and 42 one-day internationals in an England career that spanned almost a decade, begins his new role on 1 March, while retaining his position at Middlesex.

His first task in his new role will be to help pick the squads for England's limited-overs and Test series against Sri Lanka this summer.

"Gus has been heavily involved in cricket for many years as a player and an administrator," said Whitaker.

"He brings integrity and the wealth of knowledge that we will need as we look to identify the players across all formats who can thrive in the international environment."

"Despite the doom and gloom after this winter's Ashes, I believe it's a really exciting time to be involved in the England set-up," said Fraser.

"There is a real chance to create something and there are a lot of talented young cricketers within the county game. This new position will not affect my desire to turn Middlesex into the most competitive and respected club in the country."

Fraser retired from playing in 2002, having represented Middlesex for 18 years.

His former Middlesex and England team-mate, off-spinner John Emburey, had also expressed his interest in the vacancy.