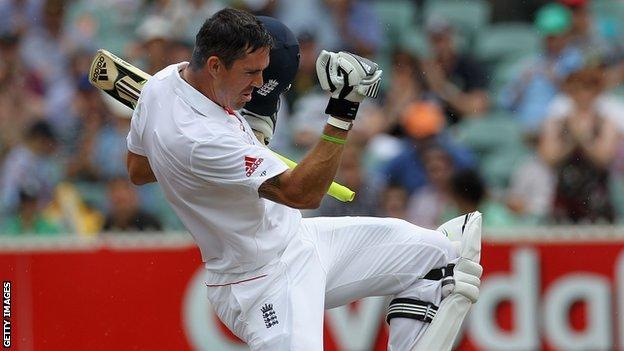 The furore over the sacking of Kevin Pietersen - the most brilliant, thrilling and troublesome England batsman of his generation - is in danger of obscuring several underlying truths.

There was no single deed or incident that led the England management to sack Pietersen. It was not caused by an isolated team meeting or dressing room argument. After all, every team suffers occasional rows, especially those that are losing 5-0.

Instead of a smoking gun, there was a gradual steeling of resolve among the England's central decision-makers - leading ultimately to complete unanimity - that it was time to move on.

The England and Wales Cricket Board's silence over exactly why Pietersen was discarded is widely interpreted as a sign of weakness, as though they don't have enough evidence to back up the decision.

There is a rival explanation. It is that the evidence, though piecemeal and incremental, was so clear that the ECB does not know how to get it into the public domain without causing deep and unnecessary damage.

The legal constraints it refers to, while real, are only part of the story.

Sacking players is an unavoidable part of sports management. Trashing reputations should be avoided wherever possible.

There is a connected point here. Although the public is understandably fascinated by the disappearance from international cricket of one of the game's great entertainers, it is a mistake to think that managers and selectors "owe" fans a total explanation for their strategy or selections.

That so many in the media take this line is all too convenient - full disclosure makes good copy, but not necessarily successful sports teams.

Sir Alex Ferguson, revered as one of football's greatest managers, did not offer complete and exhaustive explanations for his controversial and ruthless decisions to move on from David Beckham and Roy Keane.

The Scot coughed up a bit for journalists to work with during his reign at Manchester United, certainly - a line about a wife's influence, a suggestion of an ageing body - but nothing like the whole picture.

But he would have laughed at the idea of being honour bound to justify every decision. The Ferguson line: I am paid to make decisions and to get results, how I do it is my business.

Indeed, the striking thing about the whole episode is how comfortable the crucial decision-makers feel about England's Pietersen-less future.

These men have a great deal of self-interest at stake. To use the language of financial traders, they have plenty of skin in the game.

Ashley Giles, possibly being auditioned for the job of leading England following the demise of Andy Flower, must fancy that winning the World Twenty20 would do his cause no harm. Yet he did not make the case for Pietersen.

Alastair Cook, captain of England's Test and one-day side, knows that he needs an upturn in results. And yet when he envisaged a successful England future, Pietersen was not part of that picture.

Paul Downton, the ECB's new managing director, is entirely aware that he, too, will be judged according to performance. And he felt certain that England were better off making a clean break.

It is impossible to imagine that three pragmatic men decided to act against their own professional self-interest just because they couldn't be bothered to make the extra effort of "managing" someone.

Pietersen will now inevitably become a kind of king in exile, a very lucrative and peripatetic exile it will be, too, thanks to the millions he will make playing T20.

His high-profile supporters will doubtless interpret everything that goes wrong for the new England team in terms of Pietersen's absence.

As with an early modern magnate who has been banished from his estates, Pietersen's courtiers and admirers will rail at the illegitimacy and unfairness of the new regime.

That answer will be determined by how well they play cricket.

How successfully can England build a new team, how cleverly can they create a mood of youth and optimism, and - above all - how well will they bat, bowl and field?

Those facts, not the current PR furore, will determine how history judges their unanimous position.

As every sensible medieval king figured out, the way to deal with a rival king in exile is to govern well at home. Then the appeals of the exile's advocates fall on deaf ears.

It is not all about making the right decisions, but also making those decisions right.

As all historians know, public figures ensure that their judgements are assessed kindly by posterity by ending up on the winning side.