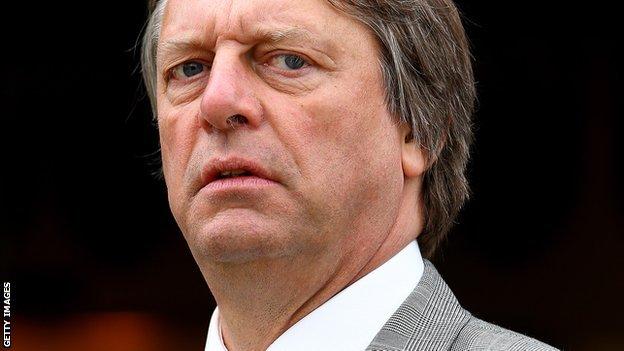 The chairman of the England and Wales Cricket Board says an overhaul of the International Cricket Council will give countries greater financial security.

ICC members will decide on Saturday whether to give more power to the 'Big Three' of England, India and Australia.

"If anyone thinks that international cricket was working, well they are mistaken," said ECB boss Giles Clarke.

"If the status quo was so successful, why were so many countries in a perilous financial state?"

England, India and Australia are behind a draft submission debated at the ICC's board meeting last week, which included a number of controversial recommendations.

Among them are wide-reaching executive powers for each of the 'Big Three', a new model of revenue distribution that would see the richest nations receive a greater share of ICC funds, and an end to the centralised Future Tours Programme.

No vote was taken at the meeting in Dubai, although a series of "unanimously supported principles" were released.

However, Pakistan and South Africa have already registered their opposition in advance of Saturday's meeting in Singapore to discuss - and possibly vote on - the proposals.

Clarke is adamant changes are necessary and says all countries will profit financially if England, India and Australia are given more power to negotiate broadcasting and marketing deals on behalf of the ICC.

"All countries earn more through this proposal," said Clarke. "No member would earn less and, if our predictions are correct, most will earn an awful lot more. How can that be bad for cricket?"

He added: "We hope that the new proposals provide the ICC with a new energy and direction and also countries with greater financial security."