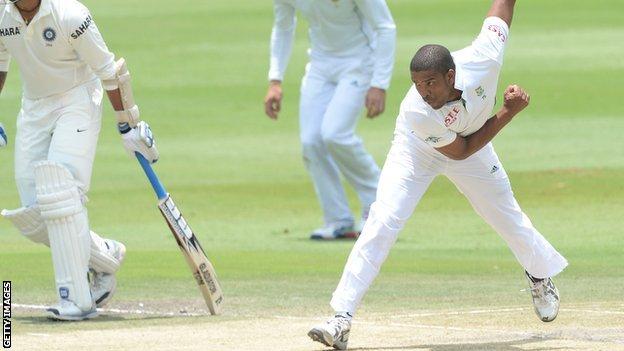 "It is always easier to be at the top of your game and successful when you are part of a winning team," said Philander, who took his first 100 Test wickets in just 19 matches and played for Kent last summer.

Proteas fast bowler Steyn, who has taken 341 Test wickets at an average of 23.07, had been at the top of table since July 2009 after replacing Sri Lanka off-spinner Muttiah Muralitharan.

Stuart Broad is the highest-ranked Englishman in ninth place. Spinner Graeme Swann finishes his Test career in 15th spot after deciding to retire from all forms of cricket.