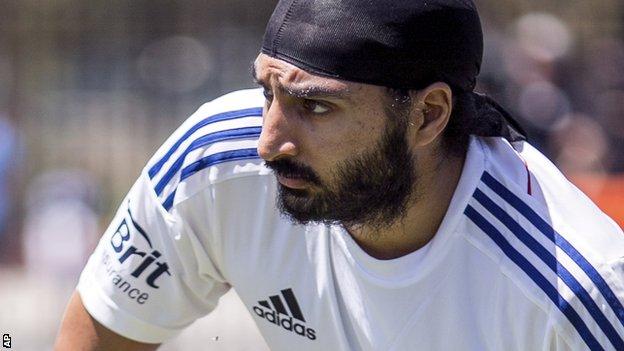 Swann, 34, announced his retirement from all forms of cricket on Sunday.

As England prepare to face Australia in Melbourne on Thursday, former captain Boycott says selectors should look no further than left-arm spinner Panesar.

But the 31-year-old, who has a best of 6-37 and also taken 10 wickets in a match twice, has often found himself playing second choice to Swann.

Now at Essex after being released by Sussex in August after being caught urinating on bouncers during a night out, his last appearance for England came at the start of December, when he played in the second-Test defeat by Australia in Adelaide.

But Swann said he hoped the uncapped Scott Borthwick, a 23-year-old who bowls leg spin for Durham, might soon get a chance.

"I think Monty's going to come in and do a great job in this game coming up this week and whoever ends up taking the role full time will do a great job as well," said the 34-year-old off-spinner.

He's a leg-spinner, he's got a bit of X-factor and he can bat

"Personally, I hope little Scotty Borthwick gets the chance before long. He's a leg-spinner, he's got a bit of X-factor and he can bat as well."

Borthwick has already made one Twenty20 and two one-day international appearances for England.

He is currently playing grade cricket in Australia and scored 1,000 runs last season to help Durham win the County Championship.

Swann has been an influential figure for England and stands sixth on the list of wicket-takers for his country, with 255 at an average on 29.96 runs each.

But the off-spinner, who has been plagued by elbow problems, has not been as effective in this series, taking only seven at a cost of 80.

"He knows he's not bowling well," Boycott told BBC Radio 5 live. "The Australians have got him by the throat, they're whacking him around, and he's not getting anybody out that matters. He knows all that.