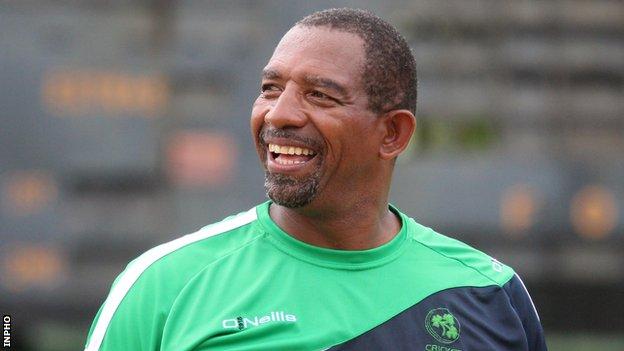 Ireland's Caribbean trip in January and February has been extended to include a one-day international and two Twenty20 contests against the West Indies.

The Irish have already been invited to play in the Super 50 which is the West Indies' domestic tournament.

Ireland will face Guyana, the Windward Islands and Jamaica in Trinidad from 30 January to 15 February.

The Twenty20 games and one-day contest against the West Indies will be played in Jamaica later in February.

Sabina Park will be the venue for the Jamaican leg of Ireland's tour with the Twenty20 contests on 19 and 21 February followed by the one-day international on 23 February.

The Irish, who are coached by Trinidadian native Phil Simmons, are using the tour as preparations for their challenge at the World Twenty20 which starts in March in Bangladesh, when the West Indies will be defending the title.

Following the games in Jamaica, the West Indies will play three one-day games against England in Antigua (28 February, 2 March, 5 March) and two Twenty20 contests against the English in Barbados (9/11/13 March).

"We are delighted to welcome the Irish Team to play against our Windies in this upcoming series," said the West Indies board's director of cricket Richard Pybus.

"It will be a great opportunity for the squad to get quality preparation ahead of the visit by England and before they head off to defend the ICC World T20 title which they won so spectacularly back in October 2012."