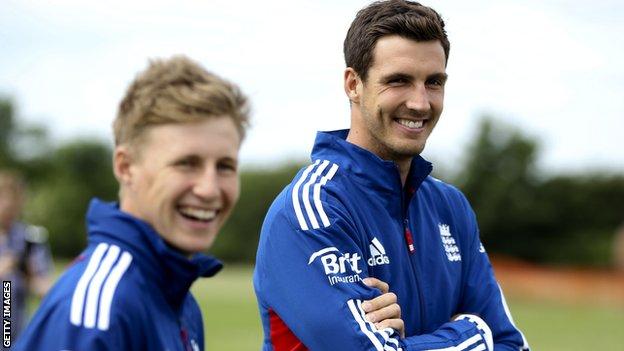 England seamer Steven Finn says it would be "a great loss" if Andy Flower left his position as England coach.

Flower will not comment on his future beyond the end of the Ashes series, which England lost to Australia with two Tests still to play.

"He's always working extremely hard to make sure that we're as prepared as we can possibly be for Test matches. It would be a great loss if he goes."

Finn, who was given his Test debut by Flower on England's tour of Bangladesh in March 2010, added: "I've had a really good working relationship with him and a personal relationship."

The 45-year-old Zimbabwean also guided the team to victory in the ICC World Twenty20 competition in 2010 and led them to the top of the Test rankings a year later.

But former England captain Geoffrey Boycott said the coach must decide on his future quickly so the side can plan ahead.

Batsman Joe Root has also offered his support for Flower.

"He has done a fantastic thing for English cricket over his career," said the 22-year-old. "He's been very good for my development as a player. It's been great working with him and hopefully that can continue."

Root also said the team should not look further ahead than the fourth Test in Melbourne, starting on Boxing Day.

"It's a massive game for us and we want to put a lot of things right," he said. "If we start looking too far ahead, things could slip away.