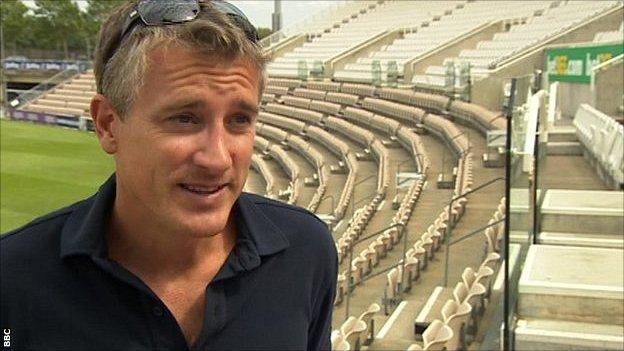 Hampshire cricket manager Giles White says the club are in no hurry to appoint a first-team coach.

White was doing both roles until the end of last season, but intends to take on a director of cricket position from next summer.

"If the right person is not out there, then we will wait until he is," the 41-year-old told BBC Radio Solent.

White has been manager since replacing Paul Terry in July 2008 and had guided the team to four limited-overs finals since then, winning both the FLt20 and CB40 trophies in 2012.

Former Surrey director of cricket Chris Adams is among those interested in the coach role.

"We've had a fair few apply," White added. "It's going through an interview process and maybe approaching a couple of people we might feel are appropriate.

Meanwhile, Hampshire have confirmed they have agreed a five-year extension to their ground naming sponsorship deal with Ageas UK.

The ground itself is undergoing a £38.5m redevelopment to include a new four-star hotel, conferencing and hospitality facilities as well as a new media centre.