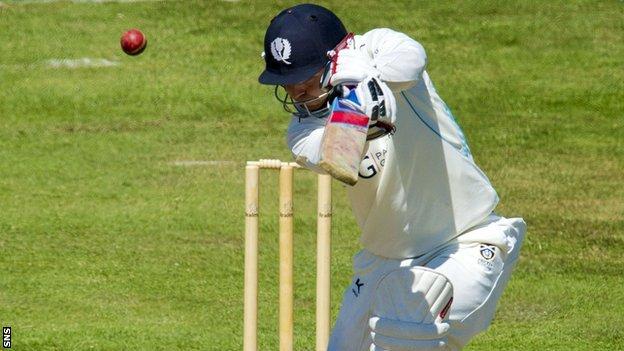 Scotland have named a 15-man squad to compete in the 2015 World Cup Qualifying tournament in New Zealand.

The Scots will be led by Kyle Coetzer, with Preston Mommsen back after his recovery from a pelvic stress fracture.

After warm-up matches versus Papua New Guinea and Namibia, .

The qualifying event runs from from 13 January to 1 February, with two places at the finals in Australia and New Zealand up for grabs.

"We believe that the squad selected gives us the best chance of helping us achieve our clear goal - which is to win the tournament and secure qualification for the 2015 Cricket World Cup," chairman of selectors Iain Kennedy told the Cricket Scotland website.

"There has been three changes to the squad with Preston Mommsen and Freddie Coleman added to strengthen the top order batting, while Gordon Drummond's selection takes into account the likely conditions in New Zealand and the strong character he adds to the group.

"After solid performances in Dubai, Matthew Cross is preferred to David Murphy and Craig Wallace as wicketkeeper on the trip."