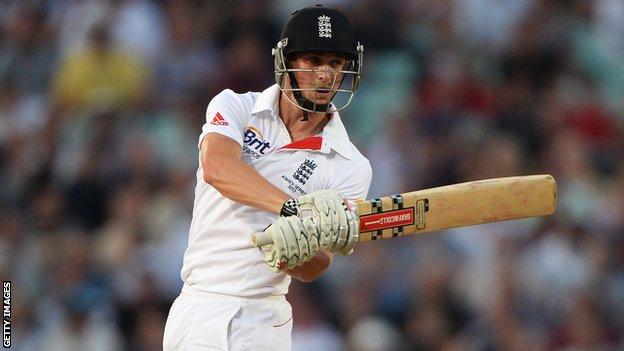 The Warwickshire all-rounder, 24, is one of four men in the squad to have been capped at Test level.

Australia-born Robson, 24, qualified for England on residency grounds in August.

Woakes's selection as captain has been announced two days after he signed a two-year contract to extend his stay at Warwickshire.

Wicketkeeper-batsman Bairstow, 24, is with England's Ashes squad in Australia as cover for Matt Prior.

England selector James Whitaker said: "We believe that this Lions squad contains an excellent mix of players who have had international exposure, combined with emerging young talent that we hope can flourish on this tour to Sri Lanka.

The Lions will arrive in Sri Lanka on 27 January and play two three-day matches in Colombo against a Sri Lanka A Team Emerging Players XI.

Mark Robinson's squad will then face three four-day matches against the Sri Lanka A team one each in Kandy, Dambulla and Colombo.

Whitaker added: "The opportunity to train and play in the sub-continent will be an invaluable experience and under the guidance of coach Mark Robinson we are convinced all the players will learn a great deal."