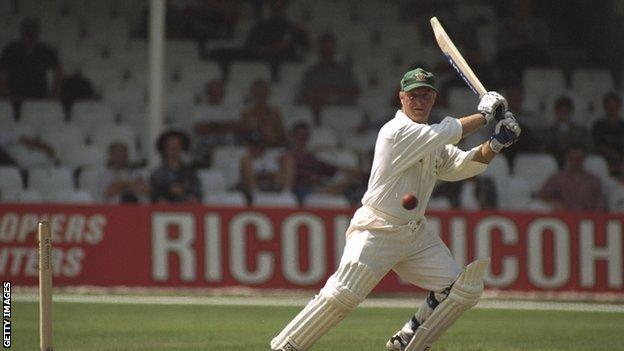 Paul Johnson's 32-year career with Nottinghamshire has come to an end after "a restructuring of the coaching set-up".

Johnson became the club's youngest player when he made his debut in 1981 and scored 20,256 runs before retiring to take up a coaching role in 2002.

The 48-year-old has most recently been working as batting coach.

Paul Johnson has been part of the furniture at Trent Bridge since he became the youngest player to appear for the county in 1981. Having been born in the county, his swashbuckling batting style and terrific fielding made him a firm favourite with supporters and led many to call him "the best player never to play for England".

He played in the club's glory years in the 1980s, alongside Richard Hadlee, Clive Rice, Chris Broad, Tim Robinson, Bruce French and Eddie Hemmings and scored more than 20,000 runs.

"I'm leaving Trent Bridge with great memories and it will always hold a special place in my heart," he said.

"I would like to take this opportunity to thank the committee, past and present, the members, as well as the coaching and office staff for their support and friendship over many years.

"I've played alongside, and coached, some of the greatest players ever to represent Nottinghamshire and I will always retain a great affinity for the team and for Trent Bridge."

Chairman Peter Wright said: "Paul has been a tremendous ambassador for Nottinghamshire both on and off the field and his achievements will be very fondly remembered.

"He can be extremely proud of what he has accomplished and we wish him every success in the future."