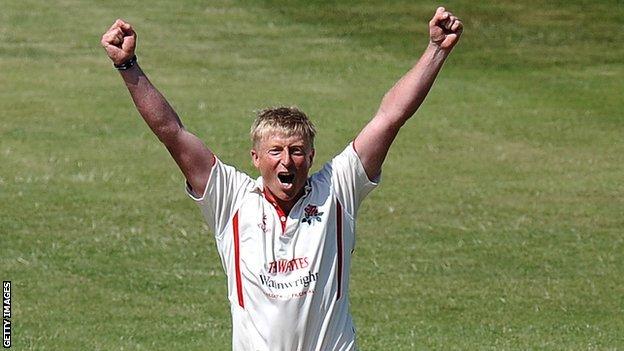 Glen Chapple has been reappointed Lancashire skipper for their return to County Championship Division One.

The 39-year-old seamer is approaching his 23rd season, and sixth as captain, with the Red Rose county.

Opening batsman Paul Horton has been named as vice-captain.

"I am delighted to continue as captain of this fantastic county and I am looking forward to having a great working partnership with Paul," Chapple told the club website.

The Yorkshire-born all-rounder succeeded Australian Stuart Law as skipper in 2009 and led them to their first outright County Championship title in 77 years in 2011.

They were relegated 12 months later, but this summer regained their place in the top flight by finishing top of Division Two, with Chapple contributing 53 wickets at an average of 20.73 each.

In May, he was quick to stress that he would play beyond 40 after passing the milestone of 900 first-class wickets and was one of 15 players to sign new deals with the club in October.

"Glen has done an excellent job as captain and we are delighted that he will continue in charge as we look forward to the exciting challenges that 2014 will bring," director of cricket Mike Watkinson said.