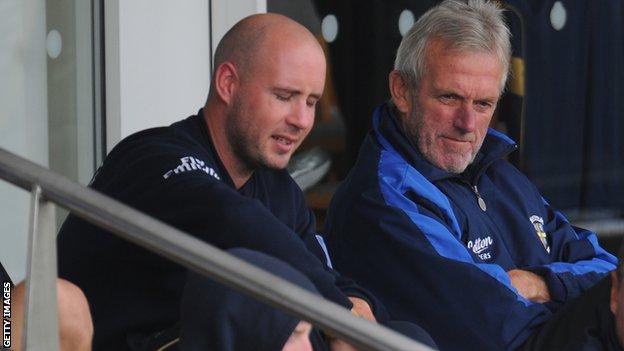 Durham have named Jon Lewis as first-team coach with director of cricket of Geoff Cook taking on a new youth remit.

In June, stepping up from his role as second XI boss after

Assisted by captain Paul Collingwood, he guided Durham to a

Geoff Cook has worked at Durham since their inaugural County Championship season in 1991.

He held a variety of coaching positions, including overseeing the club's academy, a role he now returns to.

"I'm delighted to continue in this role and excited to keep giving our homegrown players an opportunity to shine," Lewis told the club site.

"Having been second XI coach for many years I have worked with a lot of them and I'm hopeful of developing a good partnership alongside Paul Collingwood."

He retired in 2006 and began working with the club's academy and second XI sides.

Cook, 62, took over as head coach in 2007 and in his first campaign led the club to Friends Provident Trophy success.

He followed that with their first ever Championship triumph in 2008, before winning it again the following season.

"The club's achievements over the last 21 years are nothing short of remarkable," he said.

"The fact that success was based on the development of North East cricketers makes it all the more special."