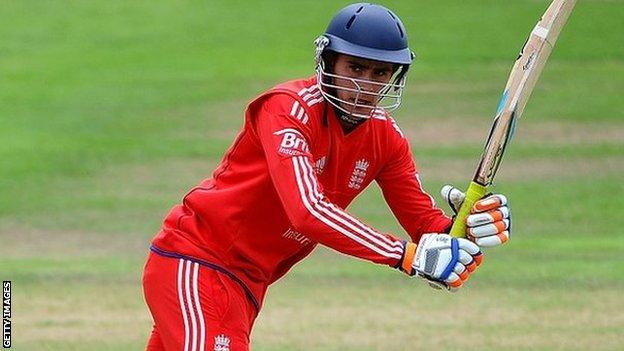 All-rounders Will Rhodes and Oliver Robinson, batsman Jonathan Tattersall and seamer Ben Coad have agreed deals with the county.

Director of cricket Martyn Moxon said: "They all have the potential of making a big impact in the game and being part of our plans for many years to come."

Rhodes, 18, was a mainstay in Yorkshire's YB40 campaign last season. Both he and Tattersall, also 18, who made his senior one-day debut in 2013, are currently touring the UAE with the England U19s party.

Harrogate-born Coad, 19, and 20-year-old Robinson have both impressed for the second eleven.

"We have some quality players coming through the grades and the four lads we have rewarded deserve to be recognised," said Moxon.

"They have had a taste of first-team cricket last season and I look forward to seeing them flourish over the year ahead."

The four join seam bowler James Wainman as Yorkshire's five junior professionals. The club is to confirm the full make-up of its playing squad by the end of the year.