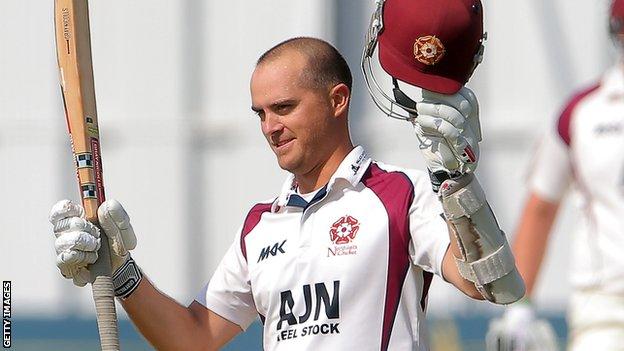 Northants captain Stephen Peters has signed a new two-year deal with the newly-promoted side.

The 34-year-old led the club to second place in the County Championship Division Two this term in his first season as skipper.

He made 735 runs at an average of 52.50, including two centuries and five half centuries, in his benefit year.

"I am delighted to have signed a new contract as last year was superb for all involved with the club," he said.

"I'm proud to have played a part in that success and look forward to helping the club progress even further in the next couple of years."

"He has the respect of everybody in the dressing room, from senior players to debutants."

Since joining from Worcestershire in 2006 the right-handed batsman has scored 7,769 first-class runs for the Wantage Road side.