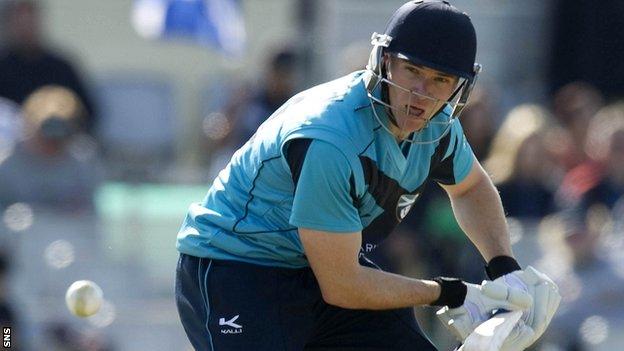 Scotland claimed seventh place at the World Twenty20 Qualifier in the United Arab Emirates with victory against Papua New Guinea.

The Scots on next year's tournament, as only the top six teams can progress, but consigned Papua New Guinea to eighth place.

Richie Berrington was 70 not out and captain Kyle Coetzer posted 35 runs as Scotland chased a target of 144.

And, after finishing on 146-5, the Scots secured a five-wicket win.

Neil Carter claimed two wickets and Majid Haq took a further three as Papau New Guinea amassed a total of 143-5, helped in part by Jack Vare's 35 not out.

In reply, opener Berrington got Scotland off to a good start.

And though Calum MacLeod, Matt Machan and Michael Leask were not as prolific, Coetzer got Scotland back on track before Rob Taylor and Matthew Cross added smaller totals.