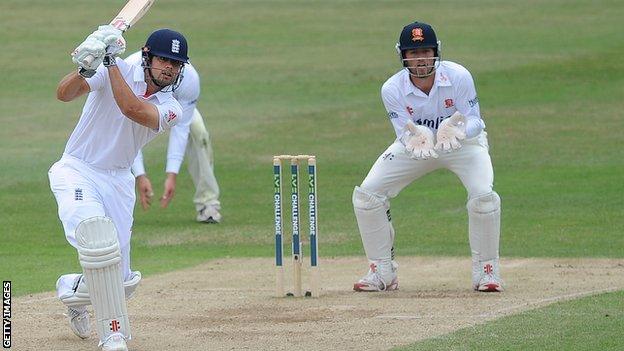 England captain Alastair Cook has been awarded a benefit year by Essex.

The 28-year-old, who made his first-class debut for the county in 2003, is closing in on 8,000 Test runs and is likely to win his 100th cap during the current Ashes series in Australia.

"I am honoured to be awarded a benefit year by Essex," said Cook. "I'm determined that the year will be fun."

He also pledged to donate at least half of the money raised during the year to four charities.

The David Randall Foundation,Chance to Shine,Outreach Uganda and Mind will all benefit.

Essex chief executive Derek Bowden said: "He is a player with immense talent and has proven to be one of the best cricketers Essex County Cricket Club has ever produced.

"He has always shown his admiration for Essex and is a role model for supporters of the club at all ages.

"I'm sure I can say on behalf of the club, members and supporters that we wish Alastair the best of luck for 2014."