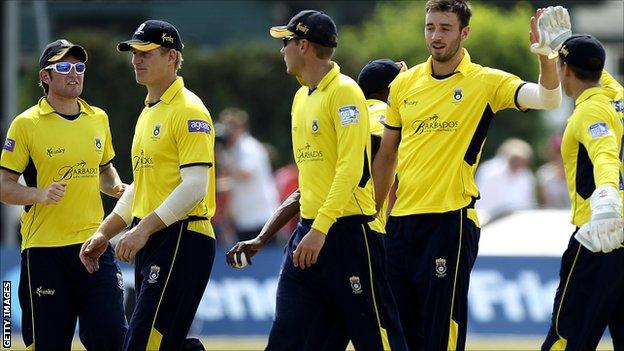 Hampshire have dropped 'Royals' from their name for limited-overs cricket ahead in preparation for their 150-year anniversary.

The club have also revealed a new logo to celebrate 150 years of existence.

Hampshire played their first game on 7 July 1864 at the Antelope Ground, Southampton against neighbours Sussex.

"The enhancement of our logo has been timed to complement our celebration of Hampshire's 150th anniversary," said cricket chairman Rod Bransgrove.

"It provides a perfect balance between recognising the important historical milestone and developing a modern feel that will help the club continue to move forward for years to come."

The club were previously called Hampshire Hawks but switched their name to 'Royals' in February 2010.