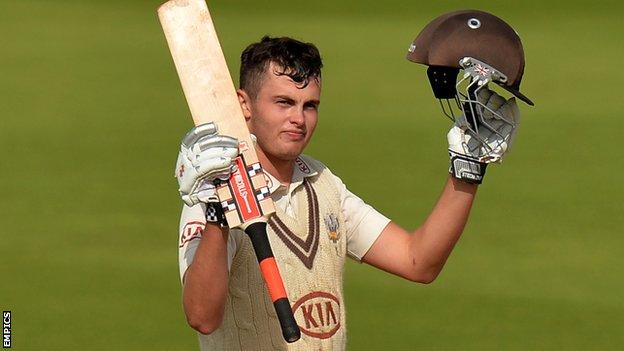 The pair, who are due to take their A-Level exams in the summer, will join the playing staff full-time once their school education is complete.

Batsman Sibley, 18, became the youngest double-centurion in County Championship history when he struck 242 against Yorkshire at The Oval in September.

The total, which came off 536 balls and included 24 fours and two sixes, meant Sibley became Surrey's youngest-ever centurion, the second-youngest player to score a first-class century in England, and the 13th youngest first-class double-centurion in history.

"We look to seeing them develop over the next few seasons."