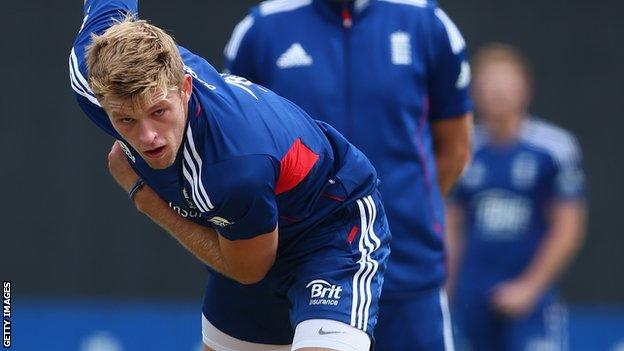 Northants all-rounder David Willey has been forced to withdraw from the England Performance Programme squad in Australia with a lower back injury.

The 23-year-old, who had a bad back towards the end of the county season, will return to England for treatment.

He had been in New Zealand's T20 competition, which runs until 18 January.

Willey was the star of Northants' FLt20 win this summer, averaging 33.33 with the bat and taking 21 wickets.

He wrapped up their victory over Surrey in the final at Edgbaston with a hat-trick, dismissing Zafar Ansari, Jon Lewis and Chris Tremlett with successive deliveries.

The EPP squad begin the first match of their tour in Brisbane on Wednesday, a three-day fixture against Queensland second XI.