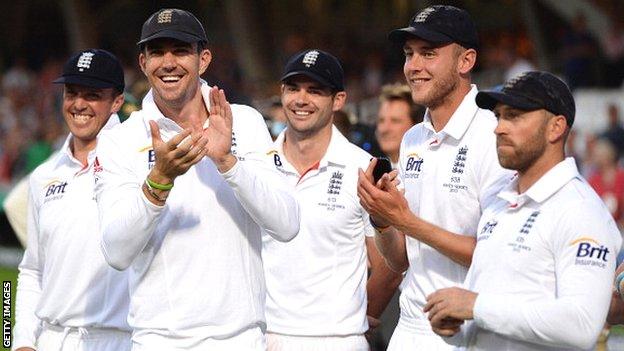 Helping England to a fourth successive Ashes series victory would be "the biggest thing" in Matt Prior's career.

The series begins on 21 November with England seeking a fourth straight success for the first time since 1890.

"The plan is to go over there, win and win well."

Having recovered from the humiliation of a 5-0 whitewash in 2006-07, England regained the Ashes in 2009 and on their last visit down under three years ago claimed their first victory on Australian soil since 1986-87.

"I look back at the memories of travelling to Australia and they are all great memories - winning games, playing well, the team scoring big scores, bowling Australia out.

"All of those very positive thoughts come into your mind before you've even got on the plane and that's vital."

"We don't pay any attention to that," Prior said. "We play a winning brand of cricket and we will continue to work on winning games of cricket and series.

"The team enjoys those challenges and making that bit of history. This four in a row would be the biggest thing in my career and, I imagine, also for the other boys."