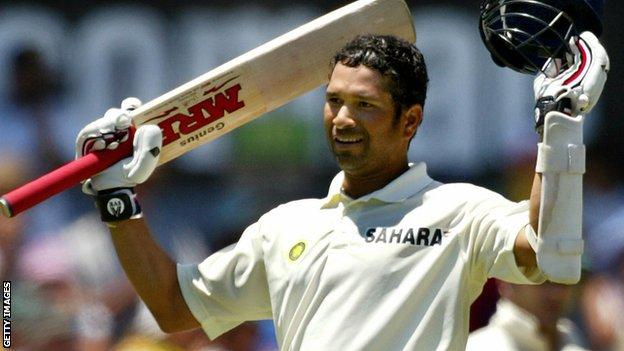 Forget cricket for a moment. What was Sachin Tendulkar's historical significance?

Tendulkar's career has coincided with the emergence of India as a world power and an economic giant. So, by a quirk of history, the Little Master has for 24 years been a symbol of the rise of India. Perhaps he did more than that, and helped to inspire it.

Greatness is never fully predestined; it has to be earned

Twenty-four years is a long time in sport. To find out just how long, watch some footage of Tendulkar's early career. His maiden Test hundred against England in 1990 proves the point.

A boyish Michael Atherton, himself less than a year into international cricket, bowls Tendulkar some friendly leg-spinners. Atherton, after collecting over 100 Test caps, is now 12 years into his second career as a journalist and broadcaster. David Gower looks on wryly from the slip cordon.

The bowler whom Tendulkar hit for three runs to bring up his hundred was Angus Fraser. I played in a cricket match with Gus this summer: he's lost a yard or two over the last 24 years.

Here is a measure of Tendulkar's longevity: the senior opponents Tendulkar played against in 1989 are up to 40 years older than kids he shares the field with today. Lamb and Botham have given way to Bairstow and Root; Tendulkar has been there all the way through.

The changes in India have been no less profound over the period of Tendulkar's career. In 1989, the Indian economy languished in protectionism and introversion. Major international companies either ignored India altogether or tried and promptly gave up. Coca-Cola, for example, disappeared from India in 1977 (only to return in 1993).

We forget just how much India has changed in 20 years. When I started playing cricket in India in the 1990s, the airports were abysmal; now they have some of the best in the world.

The beginning of India's economic recovery was almost exactly the moment of Tendulkar's emergence as a global talent. Bankrupted by the rise in oil prices caused by the first Gulf War, India had to turn to the International Monetary Fund for an emergency bail-out in 1991.

Humiliation led to renaissance. Manmohan Singh, given a licence to reform as finance minister, dismantled trade restrictions and opened up India to foreign investment. 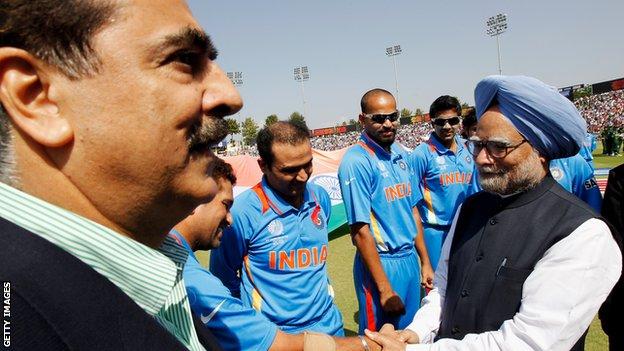 Anticipating economic revolution, Singh quoted Victor Hugo: "No power on Earth can stop an idea whose time has come."

This was the backdrop of Tendulkar's career, and it fell to the Little Master - whether or not he craved the role - to embody and inspire a new India.

Cricket increasingly provided India with a way of proving itself on the world stage. Indeed, never in the history of cricket has one nation possessed the following triple (as India does today): the World Cup trophy, the most lucrative domestic league and by far the greatest political clout in the game's international governance. Even English cricket, in the heyday of the MCC's hegemony, had to settle for two of those three prizes.

Cricket has also become an engine of domestic growth. Without cricket, it is unlikely India would have evolved such sophisticated and lucrative television networks.

As James Astill points out in his new book The Great Tamasha, cricket is what Indians pay to watch. In 2011, Indian advertisers spent $3bn (£1.9bn) to buy airtime on televised cricket, a quarter of the total spent on TV advertising. Cricket hasn't just reflected Indian modernisation, it has also driven it.

Sporting greatness is not just about talent, or even achievement. There is always context. For 24 years, Tendulkar has carried the passionate and irrational expectations of a billion people. When India won the World Cup in 2011, Virat Kohli captured a deep truth: "He has carried the burden of our nation on his shoulders for the past 21 years. So it is time that we carried him."

Tendulkar's risk-averse personality evolved partly in response to the epic scale of his responsibilities. He is both reassuringly conservative - quietly spoken, understated, middle class - and yet relentlessly brilliant.

The previous generation of Indian fans tended to favour either the polished reliability of Sunil Gavaskar or the everyman heroism of Kapil Dev. Tendulkar appealed to both constituencies. In a country prone to deep regional bias, Tendulkar had a uniquely total appeal.

Last year, the historian Ram Guha sat on a committee to determine the 'Greatest Indian Since Gandhi'. There were two strands of the selection process, one an expert "jury", the second an online poll. The jury put Tendulkar in the top 10 greatest Indians; the popular vote went even further, placing him even higher than Nehru.

In retrospect, success takes on an air of inevitability. With all that talent, how could Tendulkar have failed to achieve greatness? With so much cultural support, surely he was bound to stay committed to his country? After the fact, India's economic successes can also look deceptively predetermined. Given all its human and natural resources, surely it had to become an economic powerhouse?

History was kind enough to give us a telling cricketing counter-factual: the Tendulkar who didn't fulfil his destiny. His name is Vinod Kambli.

It was Kambli with whom Tendulkar put on an unbeaten stand of 664 on the Azad Maidan in 1988. In his first seven Tests, Kambli made four hundreds, including two doubles. Ramakant Achrekar, who coached both of them as schoolboys, argued he was the more naturally talented.

The reasons Kambli disappeared provide a telling counterpoint to Tendulkar. Kambli never overcame a dual susceptibility: a weakness against high-class fast bowling and an equally problematic weakness for the good life.

Kambli was discarded from Test cricket as a 23-year-old, never to return. Tendulkar only now bids farewell. Greatness is never fully predestined; it has to be earned.

As the icon of a massive nation hungry for success, Tendulkar has faced more pressure than any sportsman in history. And he has endured it all, mostly with great dignity and restraint.

Along the way, he made 100 international hundreds, always batting for India, in every sense of the term.